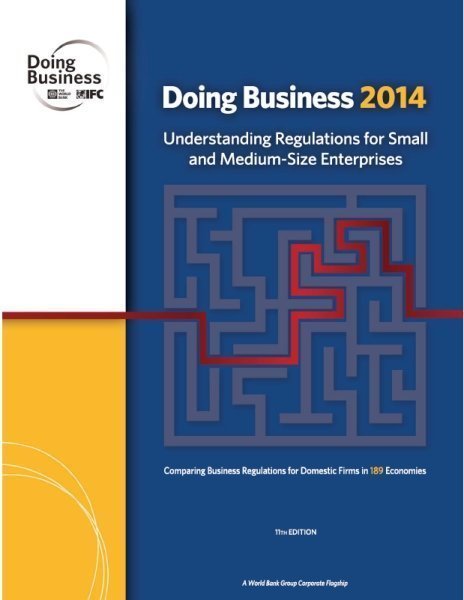 With Singapore, Hong Kong and New Zealand as the top-three countries, there seems to be nothing new under the sun, as far as the Doing Business 2014 report is concerned. As a matter of fact, the most recent measure of business regulations shows a few novelties, some of which concerning Italy, too. This is, though, one of those pieces of information which are usually preceded by the dreadful question: “Do you want the good news or the bad news first?”. Let’s start with the bad news.

If Danemark seems to have pretty well recovered from Prince Hamlet’s complaints about the law’s delay, and has thus reached the top position among European countries and the fifth one in the international list, the same is not true of Italy. The reasons why starting a new business is so difficult in this country are mainly two: the costs of doing business and the number of procedures connected to it. Which is why Italy ranks last but three among the countries of the European Union. And lower than the Tongan Islands and Botswana. Though bureaucratic procedures are carried out quickly enough, indeed, they outnumber and are more expensive than those of the rest of the world, since they amount to the 14.2% of the average income, while the OECD average percentage is 3.6%.

When considering the matter of taxes, the gap between Italy and the other European countries widens, both as far as the number of taxes paid every year, and as far as the percentage of taxes on revenue are concerned (20.3% in Italy, vs. a general 16.1%).

The new Stability Law under discussion in the Italian Parliament should, anyway, narrow the gap between taxes on work in Italy (43.4%) and in the rest of the world (23.1%). This could lead towards an improvement in the procedures for starting a new business, which, indeed, is the aim of the Doing Business report.

Foreign trade as one of the improvement factors

Italy, however, has already taken a further step towards a better position in the report. With respect to last year’s results, indeed, Italy has climbed from the 73rd to the 65th position. The reasons for such a climb are three meaningful changes: property registration, which has been simplified by removing some energy certifications; effectiveness of contracts, whose enforcement is easier, thanks to the new rules applied to lawyers’s salaries and to simpler court procedures, thus determining a 37-steps-up climb; foreign trade, a sector in which Italy has won two positions.

Foreign trade therefore represents one of Italy’s best chances to make better regulations for new businesses, by allowing a considerable saving on taxes. By means of the outsourcing, indeed, companies increase and diversify their turnover, by reaching markets other than the Italian one. Which is a way to help Italy getting better results in future reports.